Instagram Launches Reels, Its TikTok Clone, in the US

The company is wooing creators with features they know and love, on a platform President Trump doesn’t publicly hate.
27-August-2020 · 575 Wyświetleń 1 0

TIKTOK’S 15 SECONDS of fame isn’t over yet, but leave it to Instagram to pop up with a notification and divert your attention. The platform is officially launching Reels, its long-rumored set of tools to create and share short-form video.

Reels provides all the trappings of TikTok, built directly into the Instagram camera. There's the maximum video length of 15 seconds. There are the editing tools like a timer, countdown clock, and camera effects. There's the library of licensed music and user-recorded audio tracks. There's even a new dedicated space in the Explore tab where published reels will live, in all their full-screen, sound-on glory. Reels is available to Instagram users in more than 50 countries, including the US, starting today. 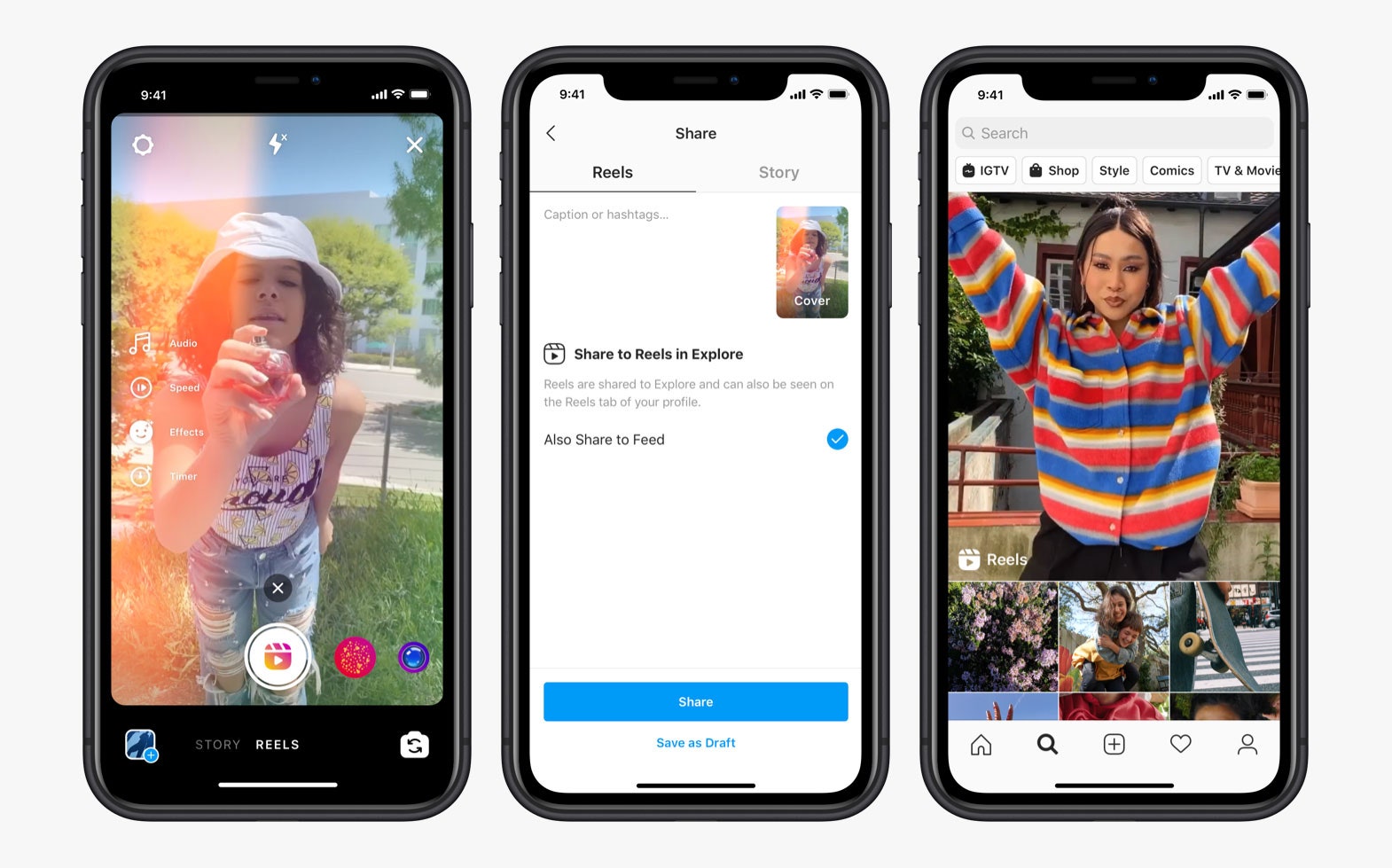 Short-form video is nothing new, but it has become impossible to ignore after the breakout success of TikTok over the past year. The app, which launched globally in 2018, has since captured the attention of 500 million users who have fallen in love with TikTok’s viral dances, gymnastic challenges, comedy routines, and all-out randomness delivered by a personalized algorithm. It’s become a cultural force for introducing new artists, and advertisers are increasingly eager to be there too. Other apps for short-form video, like Dubsmash, Byte, and Triller, have emerged with similar formats. Instagram’s parent company, Facebook, also tried to replicate TikTok two years ago with a stand-alone app called Lasso, though it never quite took off.

Instagram says its users have been thirsting for this kind of content. In the past month, 45 percent of the videos uploaded to the Instagram feed were 15 seconds or less, the company says. (At least some of those videos were originally TikToks, ripped from that app and reposted to Instagram.) With Reels, Instagram hopes to both host those videos and enable “the next generation of content creators.”

Instagram's product team started testing Reels last year in Brazil. Facebook’s experience with Lasso, which finally shut down last month, proved educational. “One of the learnings was that a new stand-alone app, while flexible, requires you to build an audience,” says Vishal Shah, Instagram’s head of product. Building something within Instagram, which has more than a billion users, seemed like an obvious next step. Originally Reels was built into Stories, as an extension of that feature’s existing video-creation tools. Soon, though, Instagram saw that it wasn’t a fit. People didn’t want to spend time crafting would-be viral videos that disappeared in just 24 hours, and they wanted a chance for them to be discovered by an audience beyond just their followers.

Now, users will find the tools to create Reels by opening Instagram’s camera. People with private accounts can share their Reels to Stories or their feed. People with public accounts can post them to the Reels section of the Explore tab, which surfaces the videos to a wider audience. “The pitch is that Reels is a way for you to get discovered,” says Shah. “It’s where your content can find an audience, even if you don’t have a follower base.”

Reels arrives as the future of TikTok hangs in the balance. President Trump's administration has targeted the Chinese-owned app as a potential threat to national security and has threatened to either ban the app outright or force its sale to an American company like Microsoft. Either of those actions could jeopardize the explosive growth of the app, which has already been banned in India. Reels seems to promise a simple substitution: Delete TikTok, download Instagram instead.

Instagram’s plan here is not just to siphon users from apps like TikTok or keep its own users engaged right where they are. It also wants to build a new set of creators for its own platform. Instagram doesn’t have plans to sell ads against Reels right now, but it doesn’t need to. Now, more than ever, Instagram’s business hinges on its creator economy: the people who bring users back to the app every day with their IGTV fitness classes or their enviable lifestyle Stories or their shopping recommendations. With Reels, Instagram gives a new set of people the chance to become a creator. “You don’t have to be a professional content creator editing video on your computer and then bringing it to your phone,” says Shah. With more in-app video tools, he says, “we can help discover that next generation of creators.”

If Instagram can conjure the same kind of spontaneous creativity that users have brought to TikTok, it stands to gain more than just the next viral dance challenge. But for those concerned about Facebook’s stranglehold on social media, Reels seems a little too familiar. For a while, TikTok offered a respite, even if it had its own set of troubling issues. Maybe it was still possible for a new app to emerge and thrive under the shadows of giants, if enough people enjoyed it (and if it spent almost $1 billion dollars on Facebook ads). Now, with Facebook yet again cloning its competition, the social media landscape looks a little bit flatter.

How You Can Legally Get High on THC Almost Anywhere in the U.S.

Technology Could Turn You Into a Tiffany

How to Become Someone's 'Vaccine Angel'